Exhausted from watching that 5 times.

I knead a break.

I recently made a recipe that called for two pounds of frozen bread dough. I bought a bag that contained 5 pounds of dough and when I opened it to remove one of the dough logs I discovered that they were all stuck together. Since it was impossible to chisel them apart I thawed the whole lot of it.

Pressed to figure out what to do with the 3 pounds of dough, I decided to search for a recipe for cinnamon rolls using frozen bread dough.

Today’s recipe for Easy Cinnamon Rolls was the first I clicked upon. And oh, what a fantastic click.

The cinnamon-sugar filling is spot on perfect as is the creamy vanilla glaze. I easily tripled the recipe, leaving nuts out of a few pans for the non-nut fans in the family.

The cinnamon rolls are amazing warm from the oven, but they keep very well, covered, at room temperature for a few days. Eat cold or zap for 30 seconds in the microwave to warm it up. All 60 of our cinnamon rolls were gone within 4 days! 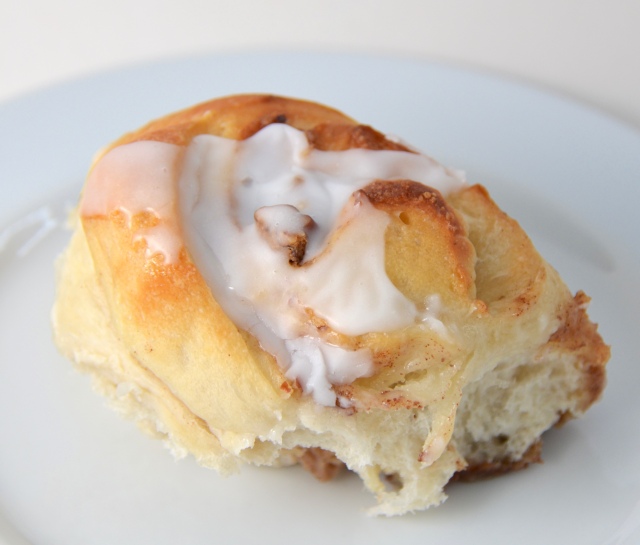 4. Roll dough into a log, starting at the long edge. Moisten edge with water and seal. Cut log into 20 slices.

5. Arrange rolls, cut sides down, in prepared cake pans. Cover with a towel and let rise in a warm place until doubled in volume, about 90 minutes.

8. Bake rolls in preheated oven until golden brown, about 25 minutes. 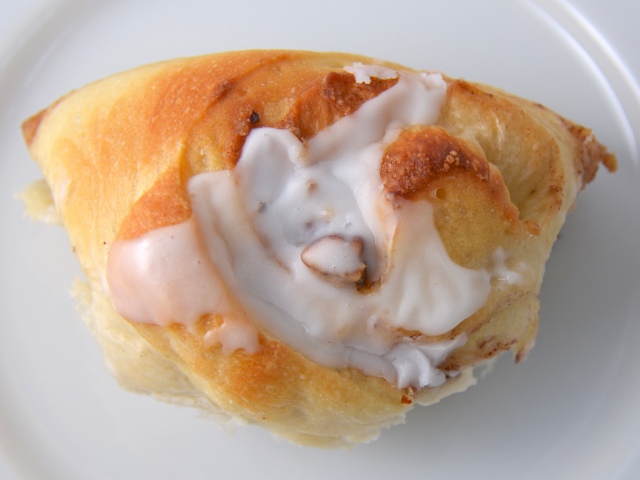 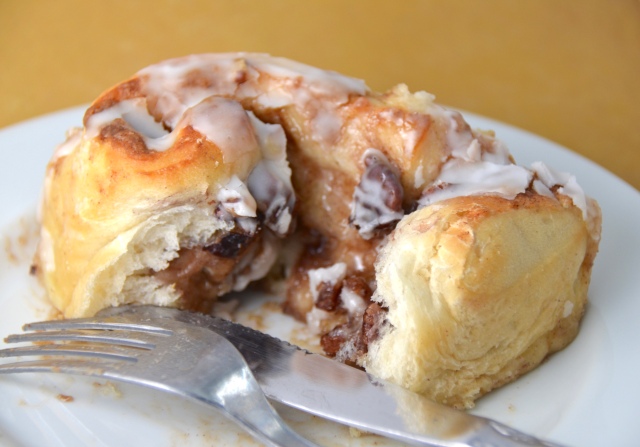 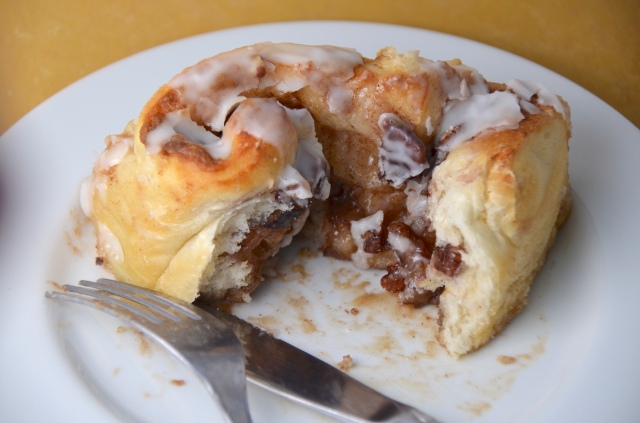 I think that Hudson Freeman could really use a cinnamon roll.

Per his Bandcamp page “Hudson spends most of his time playing in drop D on an acoustic guitar. That’s legitimately all he spends his time doing. He’s kind of lonely and pathetic, really.”

Hudson’s new record ‘A Man, One Day’ projects sadness, fear and self-doubt threaded through with a touch of hope. I love his voice and all of the instruments he brings in to the mix.

Check out Hudson Freeman on Facebook and Bandcamp where you can buy his music.

Music obsessed cooking freak whipping up fab food one song at at time.
View all posts by I Sing In The Kitchen →
This entry was posted in Bread, Breakfast and tagged Hudson Freeman. Bookmark the permalink.