Salami And Peppadew Pizza. New Music From Quiet As A Mouse.

Q: What do you call a mouse who can pick up a horse?
A: Sir!

Salami and Peppadew are a flavor combination I have not tried on pizza before, but definitely will again. The sweet/spicy peppers contrast perfectly with the creamy mozzarella and bold salami. Some chili flakes add even more of a feisty bite. 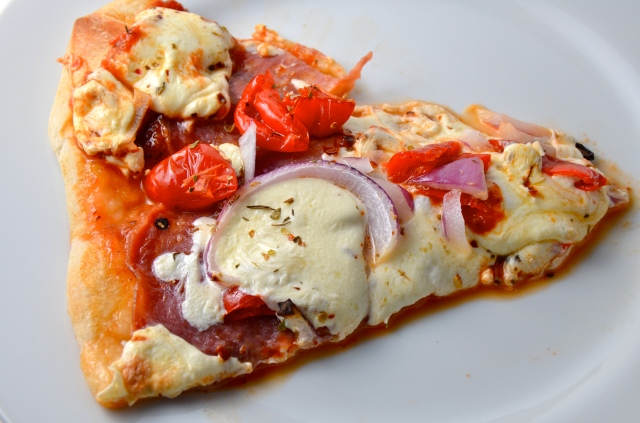 2. Roll out dough on a floured surface to fit a large baking tray. Sprinkle semolina over the tray, then place the dough on top.

3. Spread the pizza sauce over the dough, then scatter with the salami, peppadews, onion, chili flakes, mozzarella and oregano.

4. Bake for 12-15 minutes or until the dough becomes crusty and golden. 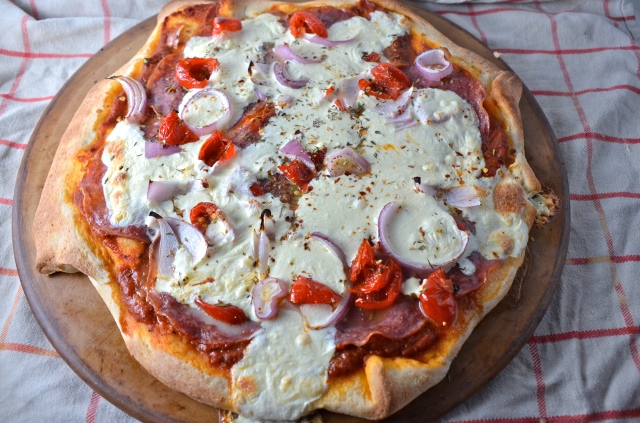 I think it is safe to say that everyone in the Northern Hemisphere has had it with snowflakes by this stage of the calendar.

However, the singular form of snowflake, in the form of a song by Edinburgh based band Quiet As A Mouse, is most welcome.

“Snowflake”, from QAAM’s second EP ‘Memorybox’ (released last week), lopes slowly with measured sadness to start. Finally, the chap has had enough of his baggage and drops it at the 2:36 minute mark with an explosion of guitar.

Check out Quiet As A Mouse on Facebook and the band’s Website, where you can learn of upcoming gigs in Edinburgh and Glasgow.

Music obsessed cooking freak whipping up fab food one song at at time.
View all posts by I Sing In The Kitchen →
This entry was posted in Main Courses. Bookmark the permalink.