Honeycrisp Apple Sangria. Dancing Around To Free From Gravity. 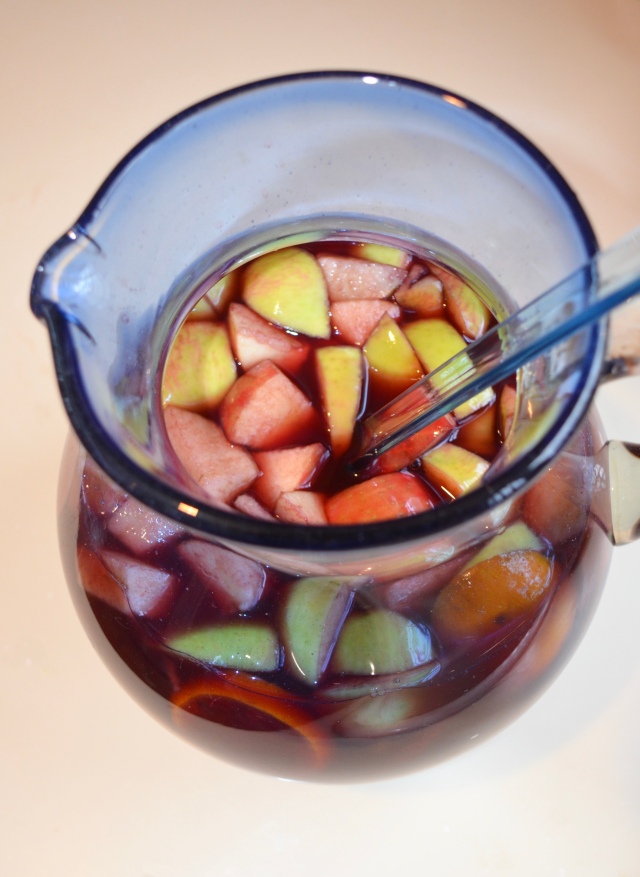 I recently hosted a dinner party themed around Steve Jobs’ biography. There were plenty of recipes with apples including this refreshing Honeycrisp Apple Sangria. Lots of apple cider and some brandy sweeten up red wine. The cinnamon-sugar coated glasses are a fun and tasty touch.

1. Place the cinnamon sticks, apples, and orange slices in a large pitcher. Add wine, apple cider, brandy, and orange juice. Chill in the refrigerator for 6 to 24 hours.

3. Pour sangria and some fruit into the prepared glass along with a splash of club soda. Garnish with a cinnamon stick, if desired. 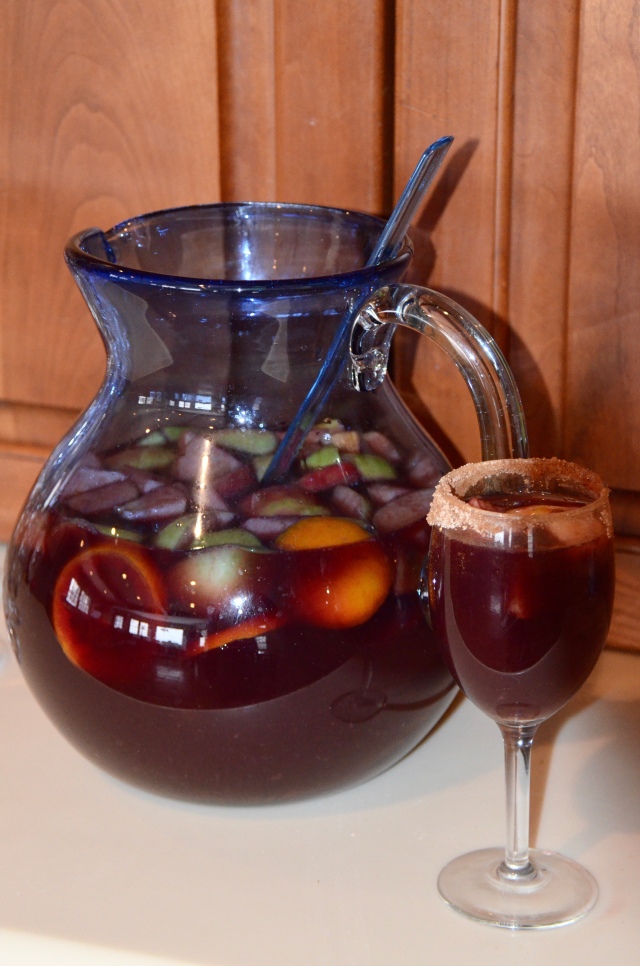 C’mon…Grab your sangria and come dance with me!

Check out Free From Gravity on the band’s Website where you can learn of upcoming shows in the UK. You can buy their music here.

Music obsessed cooking freak whipping up fab food one song at at time.
View all posts by I Sing In The Kitchen →
This entry was posted in Beverages and tagged Free From Gravity. Bookmark the permalink.

1 Response to Honeycrisp Apple Sangria. Dancing Around To Free From Gravity.