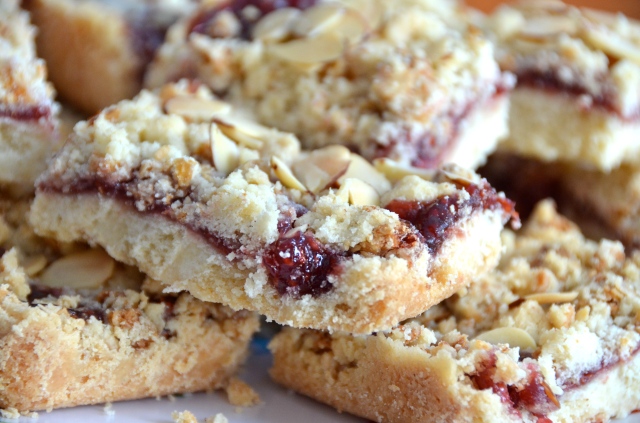 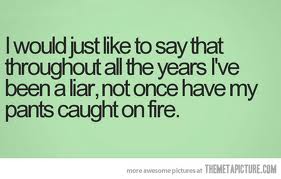 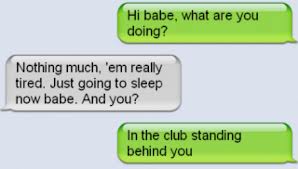 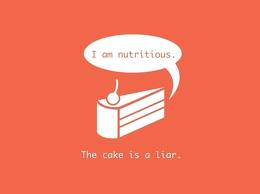 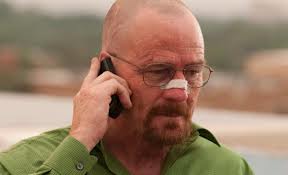 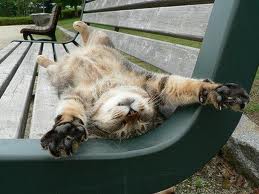 I’m not lying when I tell you that these Raspberry Crumble Bars are divine.

Once again, another perfect recipe from Ina Garten.

Did I mention that this is one of the easiest desserts to make, too.

2. place butter and sugar in the bowl of an electric mixer fitted with the paddle attachment and mix on medium speed just until combined. With the mixer on low, add the vanilla.

3. Sift the flour and salt together and, with the mixer on low, slowly add to the butter mixture, mixing until it almost comes together in a ball.

4. Lightly pat two-thirds of the dough evenly on the bottom of prepared baking pan and about ¼ inch up the sides. Spread with the jam, leaving a ¼-inch border.

5. Mix the granola into the remaining dough with your hands. Break dough mixture into small bits, and scatter over the top of the jam, covering most of the surface. Sprinkle the almonds on top.

7. Cool completely on a rack, then cut into 16 bars (or more…these are really rich, so a little goes a long way.) 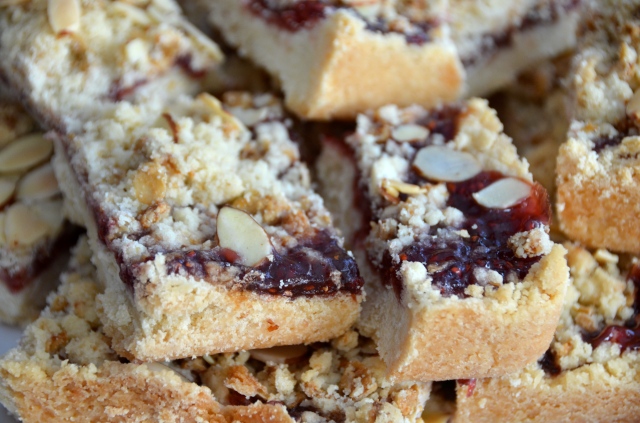 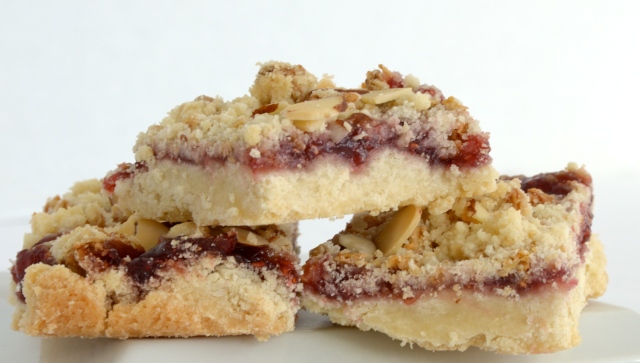 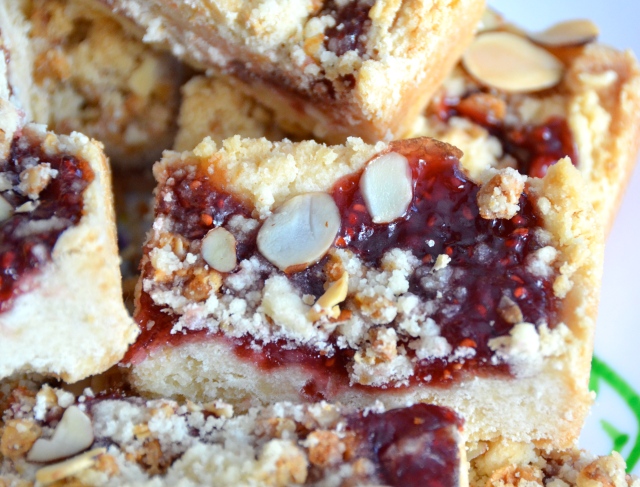 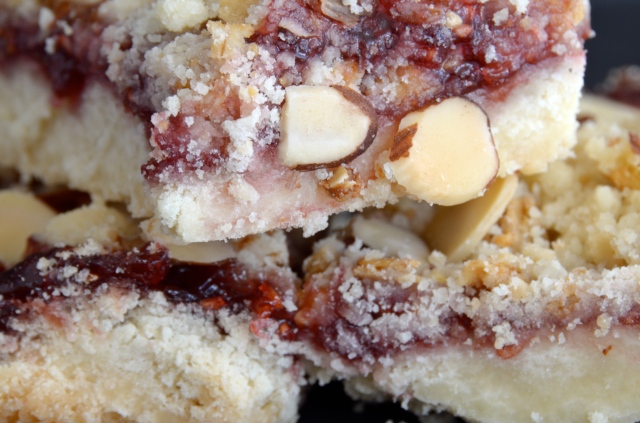 Yesterday I was listening to Woodenbox and their song ‘King’s Liar’ came on. It’s a cracking tune, so I listened again, and again.

Then I got to thinking about songs about liars and lying.

Just because that is what I do.

There are the obvious. Lying Eyes by The Eagles, Liar by The Sex Pistols, Better Man by Pearl Jam and Your Cheatin’ Heart by Hank Williams.

Would I Lie To You? by The Eurythmics…if you ask that question, chances are ‘Yes’.

How about Goddamn Liar by Sturm und Drang?

Have a listen to this one.

(Warning: Not the best song, but if you listen all the way through, you will be singing the chorus all day.)

Lies by The Thompson Twins.

The Great Pretender by Queen. Video especially necessary for this one to really sink in.

There are more, but I would be lying to you if I told you I had all day to search for songs about liars.

So here is the Woodenbox song that got me started. Have a listen, or two or three…

Music obsessed cooking freak whipping up fab food one song at at time.
View all posts by I Sing In The Kitchen →
This entry was posted in Dessert. Bookmark the permalink.

2 Responses to Raspberry Crumble Bars. Songs About Liars And Lying.